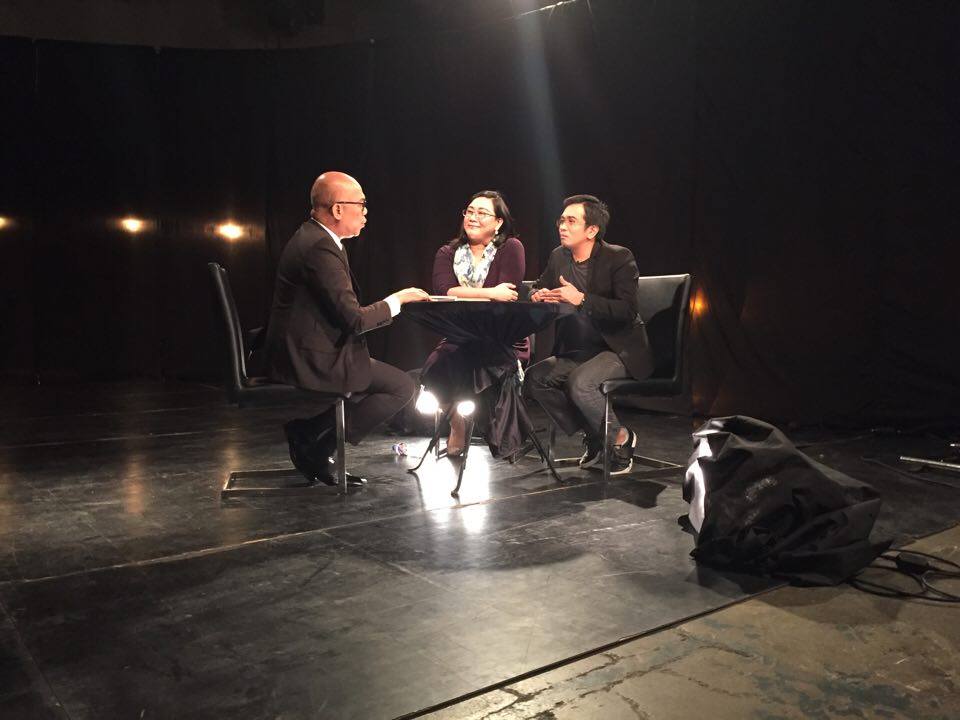 The founder of The Public Speaking (Philippines) Institute

The Public Speaking (Philippines) Institute founder and speechmaster Lloyd A. Luna is a frequent guest on major media platforms as an expert on public speaking. Media organizations may call us at +63 9171250476 or +63 279890476 for appearance invitations.

Filipino public speaker Lloyd Luna is interviewed by the Philippines' King of Talk Boy Abunda on ABS-CBN's The Bottomline.

Why Get Our Public Speaking Training Course?

We have taught and trained hundreds of people to speak confidently and with sense, to embrace who they are, and the own the stage where they speak.

The Public Speaking (Philippines) Institute™ offers Certified Public Speaker™ course in the Philippines. It’s a 10-day program covering the art and science of public speaking based on our uniquely designed Luna Public Speaking Framework. Our training program is beneficial for business and political leaders who aim to  become better presenters in public.

We help leaders communicate better and with deeper impact. We coach you how to deliver your speech more effectively by rehearsing your piece. We teach our clients how to say their piece from tone of voice to speed of speaking to the manner the speech is read. We make our client look and sound great.

In case you don’t have time to write your own speech, we have speechwriters who can help you write your speech. Our writers research the content and write original speeches based on your personal story, narrative, or experiences so you avoid being charged with plagiarism.

The Public Speaking Institute™ (Philippines) welcomes it’s pioneering batch and hopes everyone enjoys their journey to becoming full-fledged Certified Public Speakers™. This class is as diverse as it can get with students representing various professions. There are lawyers, a surgeon-urologist, broadcasters, a networker, realtors and real estate brokers, educators, salesperson, government workers, a community organizer, events planner, event host, trader, a brand experience director, a trainer, a supervisor, an HR professional, and a product manager of a known global brand. 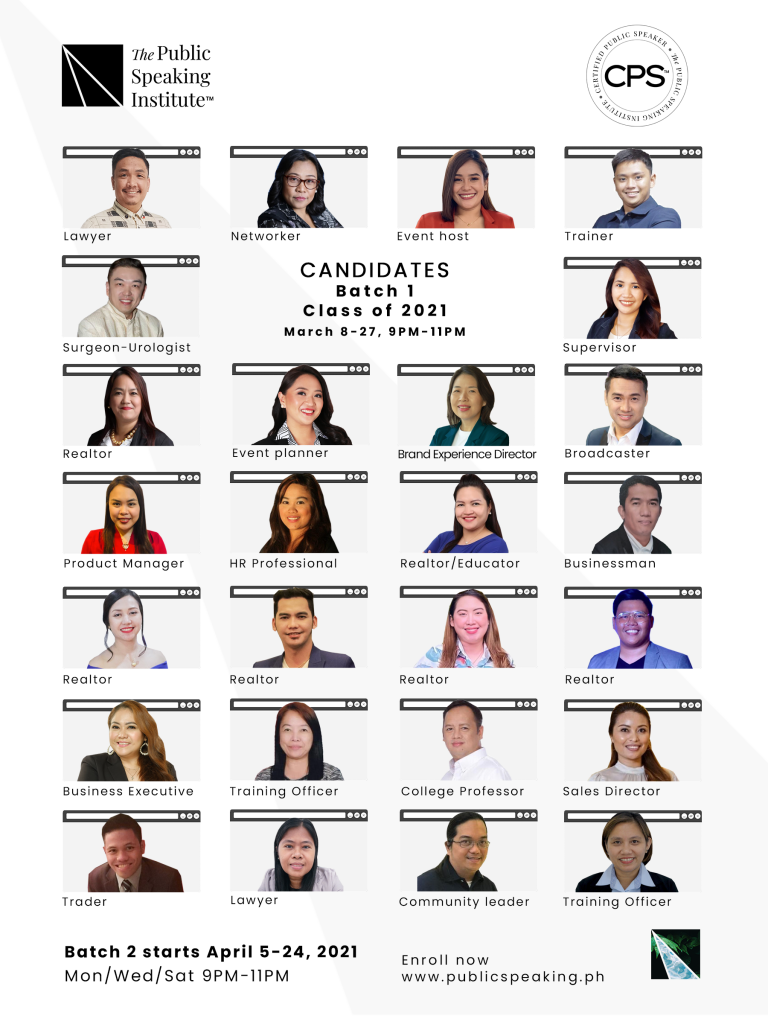 SGT LLOYD ABRIA LUNA PAFR, RSP, CWS—the first Filipino to represent the Philippines in Global Speakers Summit, the first to speak in a French and European Speakers Convention, the first Filipino to become member of the board of Global Speakers Federation—is a renowned professional speaker, author of 16 best-selling books, columnist at The Manila Times, and a sergeant at the Philippine Air Force Reserve Command.

He is the founder of The New Channel (TNC) Media Corp., a livestream platform for inspirational shows, Stepback, a leadership and culture development company that helps leaders and organizations see the bigger picture in life and at work, and Transformed Community, an online group on leadership transformation. The founder of Philippine Association of Professional Speakers, he has been an Asian motivational speaker for over 15 years, delivering an average of 100 inspirational speeches annually. He is the first Registered Speaking Professional (RSP)—the highest earned designation given to Filipino professional speakers— and the first Certified Webinar Speaker (CWS) in the Philippines.

Widely known as #PambansangInspirasyon, he has been a resource speaker since 2004 in over 1,500 conventions, conferences, and seminars, has appeared in over 200 media interviews, and has spoken on leadership to personnel of several major global companies worldwide, to key managers and staff of Philippine government agencies, and to students and faculty of various schools in Asia.

As author and originator of “Stepback: The Lost Art of Filipino Leadership,” Lloyd teaches the philosophy of putting people at the center of leadership. Using his in-depth study of the building of the 2,000-year-old Rice Terraces of the Philippine Cordilleras, which has been named as a UNESCO World Heritage Site, Lloyd believes that great leaders are shaped and defined by three crucial steps they make for their people: (1) stepping in to educate them; (2) stepping back to delegate to them; and (3) stepping up to grow and transform with them. He is also the framer of Intentional Transformation Framework based on his book, Transformed: How To Win In A Game Of Change.

His discovery has been the cornerstone of organizational and human capital development programs in the areas of leadership, management, sales and marketing, business development, and innovation, and change. His intensive research has made him the program resource person of Stepback Sales Leadership at the Ateneo de Manila Graduate School of Business Center for Continuing Education.

For his work as a motivational speaker, Lloyd has been conferred scores of awards over the years, among them the Collegiate Ambassador for Peace award in South Korea, remarkable alumnus of Polytechnic University of the Philippines, and the 2010 SM Supermarket Brand Ambassador award. At age 31, he was nominated for the 2013 Ten Outstanding Young Men of the Philippines award. In 2019, he was conferred Quezon Medal of Honor, the highest recognition given to a civilian by Quezon provincial government out of its 2 million population.

_______________________ SGT LLOYD ABRIA LUNA PAFR, RSP, CWS—the first Filipino to represent the Philippines in Global Speakers Summit, the first to speak in a French and European Speakers Convention, the …

What his top clients are saying

Lloyd is one of the best motivational speakers who has been inspiring our sales people to be productive all year round. His witty approach as a humorist works really well with us all the time.

Lloyd is the go-to guy if you’re looking for a lively motivational speaker. His spontaneous and natural expression of his teachings and inspiration is superb. Such a rare talent. We are grateful to hear him in person. He over-delivered surpassing all our expectations.

Our people got motivated by Lloyd’s speech. At a very young age, his message serves both as a challenge and inspiration especially to our managers and supervisors. We are glad to have him.

Our syllabus-based, framework-based public speaking training course is probably one of the best you can take in the Philippine market today.

If you are ready to enroll, please fill up this form.

From an amateur to an expert public speaker

Our Brand of Public Speaking Training

If you’re looking for the best public speaking training in the Philippines, you’ve just arrived and you can start right away.

Get our public speaking training course. 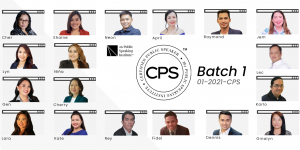 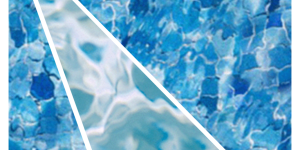 For a public speaker to be effective, a prepared speech is something you don’t just read. You put emotions on each sentence and say it the way you’ve normally do … 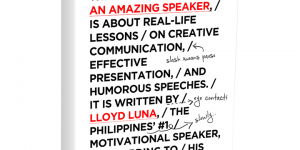 After an hour of motivational talk that I’d spice up with nonstop humor, the audience often just couldn’t get enough of me. They would shout “More! More!” in chorus and …